The INPAS-Cameroon fortifying the youths in Cameroonin by a skill-building workshop on speech arts, leadership, motivation letter and CV.

Empowering the youth of the community is one of the primary objectives of the Cameroon office International network for the promotion of Speech Arts in Africa, Caribbean and Pacific (INPAS-Cameroon). On Tuesday, 4th day of February 2020, the INPAS-Cameroon facilitated a workshop on speech arts, leadership, motivation letter and CV writing at the University of Dschang, organized by the Bilingual Club in prelude to the commemoration of the national Bilingualism week in Cameroon. Training began at 10h30am exactly and spanned to 5H45pm, with over 40 active participants and jointly facilitated by the National president of INPAS, Tsague Dongfack Willy Endelson and the representative of the Cameroon association, Fayçal Pepouna.

The workshop opened with a welcome word from the president of the Bilingual club of the University of Dschang and followed with presentation of the participants and the facilitators. Just after this cordial exercise, the first facilitator, Tsague Dongfack Willy Endelson mounted the stage for the two first modules, on motivation letter and CV writing, and leadership. He proceeded throughout the section with sequences of exchanges and instigated the particular to knowledge building passing through questions. It was quite an interactive and amazing period of exchanges. Be it the part on a motivation letter or a CV, he used examples to overtly set clear its components to the participants.

He evolved with a particular objective, that which all the participants had to return home with their personal CV mounted. Questions came up and gave another momentum to the whole working section. The second module on leadership drew more the attention of the participants, for Tsague elaborated on the vision of a leader. He furthered by asking if the participants present had a vision, some answered yes, while others, no. So, together, he worked with them to see that they coined a vision, set a goal calendar and follow it. During this part, endless stress was made on self-confident, humility, listening, self-evaluation and goals setting as qualities of a true leader, thus observing a leader as a change maker rather than a follower. Shortly after, the module on leadership, the participants went on a short break of 10 minutes, that is from 3-3h15Pm.

Few minutes after, the participants were already back to proceed with the workshop. PepounaFaycal was the facilitator this time around on stage, Tsague had finished with the two initial module: motivation letter and CV writing, and leadership. Pepouna had to proceed with the module on speech arts. As the previous speaker, he made the workshop more interactive and practical than theoretical. The relentlessly exchange with the participants on the seven challenges of speech arts, notably, self-confident, preparation, time. Every point was marked by a practical exercise that moved all the participants and transformed the workshop into a learning by doing class. It is really an experience one who will love to exercise every day. Those who could not make it this time, please stay tuned for there will be more to discover in the upcoming session. 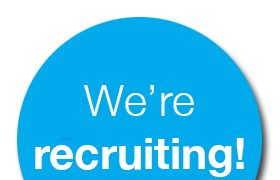